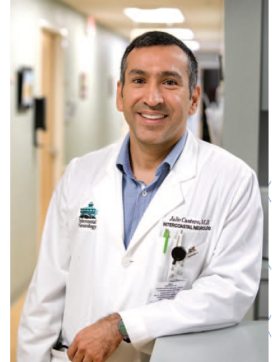 Nicci Kobritz – a geriatric specialist, nurse practitioner, and president of the Center for Brain Health (thecbh.com) – has long been interested in discovering better ways to deliver quality health care. In 1994, she founded Youthful Aging Home Care to do exactly that, and what she found was that “the #1, #2, and #3 reason that people need home health care is cognitive decline,” she said. “That’s what started me down this path,
and led to me creating the Center for Brain Health (CBH) in 2016.”

What Kobritz and her team are most excited about is the ReCODE (Reversing Symptoms of Cognitive Decline) protocol developed by leading neuroscientist and neurologist Dale Bredesen after years of research at UCLA and the Buck Institute. ReCODE is in clinical trials nationwide now in places like UCLA, the Cleveland Clinic, and elsewhere, and it’s demonstrating a reversal of symptoms – the patients are showing improvement, both subjective and objective.

For those without a medical degree, the gist of Dr. Bredesen’s ReCODE protocol is this – the treatment allows one’s brain to create and maintain healthy synapses once again. That’s the issue with Alzheimer’s. It’s a downsizing of your synapses as a protective measure against inflammation, and that downsizing equals cognitive impairment.

Dr. Julio Cantero – the CBH’s lead doctor and a neurologist with Intercoastal Medical Group – is a proponent of ReCODE and is participating in an observational study based on its protocols. This allows Dr. Cantero to offer a program to his Alzheimer’s patients that generates a better chance of positive outcomes.

The CBH isn’t just focused on treating cognitive issues once they’ve emerged. They also believe in prevention, which is why they just launched The Brain Tune-up – a personalized prevention program that evaluates a host of factors that could impact cognition and lead to decline. It, too, is based on ReCODE and can help prevent cognitive impairment and optimize brain function.

“We know that the symptoms of Alzheimer’s begin in your mid 40s and 50,” said Kobritz, “though those symptoms might not be fully expressing themselves until you’re in your 60s.” But with a program like The Brain Tune-up, potential problems can be identified and treated before they’re an actual problem. In short, it’s designed to pick up early on the subtle cognitive changes that can be occurring under the radar of detection.

The most common gene associated with late-onset Alzheimer’s disease is apolipoprotein E (APOE). While APOE e2 seems to reduce one’s risk, APOEe3 appears to have no effect in terms of being a
risk factor, but APOE e4 increases one’s chances of getting Alzheimer’s. The Brain Tune-up can identify
if you have genetic risk factors such as APOE e4, as a well as insulin resistance, mitochondrial dysfunction,
nutrient deficiencies, and more. Once Dr. Cantero and his team have those results, they can prepare a custom-made report that includes suggested changes to diet and lifestyle that can stave off cognitive decline.

Dr. Cantero points out that a popular misconception about Alzheimer’s is that it can already be cured. “At this time, there is no medication approved by the FDA that can stop Alzheimer’s,” he said. “What we’re offering is an alternative – slowing its progression and improving symptoms.”

But based on the experience of 2,000 patients in the nationwide ReCODE protocol, the chances of improving the quality of their cognitive life is about 65 percent. “If we start treatment early in life and make necessary changes,” Dr. Cantero noted, “those odds go up to 90 percent.”

How To Be a Good Hospital Visitor

9 Ways to Stay Positive During the Pandemic
Scroll to top