Benefits of Exercise for the Brain and Overall Health 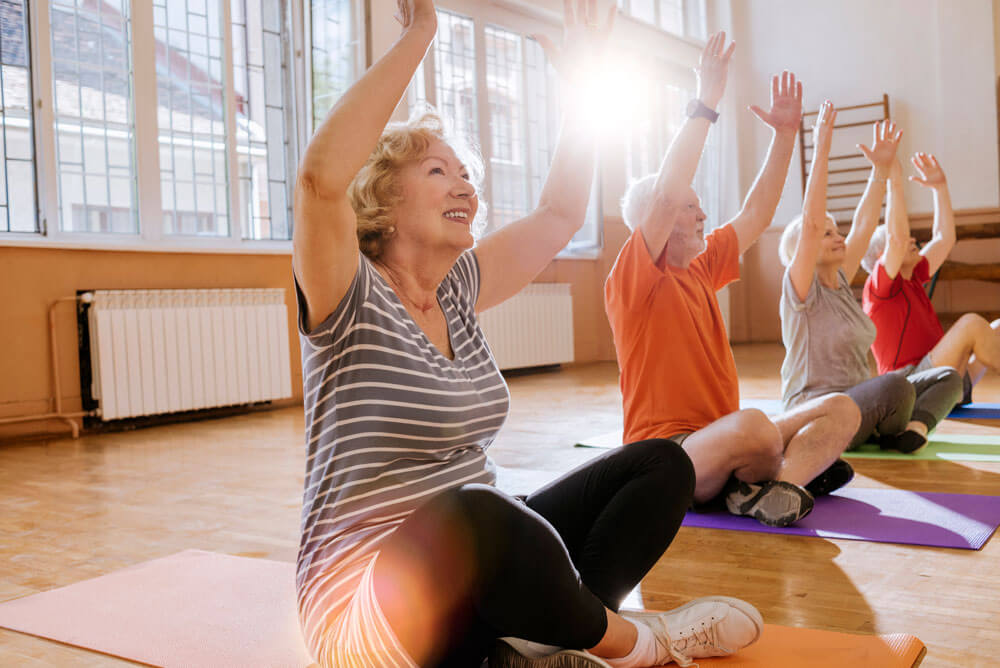 Exercise including exercise in Home Care, may be more important than you think. Aside from benefiting your physical health, exercise—research shows—packs numerous cognitive benefits. Below, we’re covering the best benefits prolonged exercise has on your brain.

Other research suggests that burning away as little as 350 calories, three times per week, can reduce depression symptoms as effectively as antidepressants. Exercise appears to stimulate neuron growth, assisting brain regions hindered by depression.

Prolonged exercise increases the brain’s ability to learn. In fact, it boosts growth factor chemicals, which establish new brain connections needed to learn. Whether it’s playing tennis, dance skills or coordinating a dexterous activity, the connections made can be applied elsewhere.

Exercise is an astounding tool for building self-esteem. You needn’t radically change your body’s shape to get more confidence. Simply seeing fitness improvements, like lifting more weight or running faster, can greatly improve your body image and self-esteem.

A 2013 British Journal of Sports Medicine meta-analysis examined several groups of people. It found that even short bouts of exercise boosts willpower. While willpower gets a lot of coverage in the media, exercise isn’t mentioned nearly enough.

Being able to control your mindset, emotions and mood is important. It’s also a cognitive skill. Emotional regulation is part of your psychological makeup, and it can be enhanced by your ability to master cognitive control. A number of positive behavioral patterns can emerge from prolonged exercise—especially when that exercise requires a great deal of discipline.

Exercise also enhances your short-term memory capacity. Your post-workout day, in particular, is affected. Working memory is important, and it can be enhanced if your workouts are engaged religiously. Other studies assert exercise’s positive impacts on long-term memory, too.

Even short bursts of energy, like running or swimming, can leave a euphoric “runner’s high,” which releases endorphins. It’s a great day-boosting energy shot, and it can be used to jumpstart productivity, too.

Benefit Ten: It Reduces the Risk Associated with Alzheimer’s

The Alzheimer’s Research Center considers exercise to be one of the best weapons against Alzheimer’s. It protects the hippocampus, which is responsible for your spatial navigation and memory. Recent Archives of Neurology studies, meanwhile, suggest that a daily walk can greatly reduce one’s likelihood of Alzheimer’s, too.

Make sure you’re exercising regularly, and supplement your efforts with a healthy diet. By keeping a tight schedule, you’ll benefit your brain—as well as the mind within it.

Supplements and Medications
Scroll to top